You are here: Home / Home Care / Don’t Wait To Decide On Home Care For Loved One 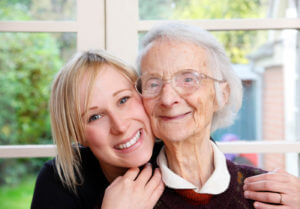 There is often no way to know ahead of time if an elderly loved one is suddenly going to need more care.  All too often, South Shore Massachusetts families suddenly realize – perhaps following a fall, an illness, or the death of a spouse – mom or dad can no longer be left alone and may need some form of home care. Yet, in many cases, they wait until the last minute, only beginning to look for answers once the need arises. They never look at local home care agencies ahead of time, for example, or think to interview their potential caregivers. As a result, they often make hasty decisions, sometimes ones they later learn to regret.

To prevent making decisions reactively when it comes to caring for elderly loved ones, families are strongly encouraged to identify appropriate options well ahead of the need. This would begin by determining the benefits of home care vs. institutional care – in nine of out 10 cases studies have shown that home care is preferred – interviewing candidates, and having decisions in place before needing to push the button. Making decisions while things are still relatively calm and options can be more carefully weighed is far preferable than making them under fire.